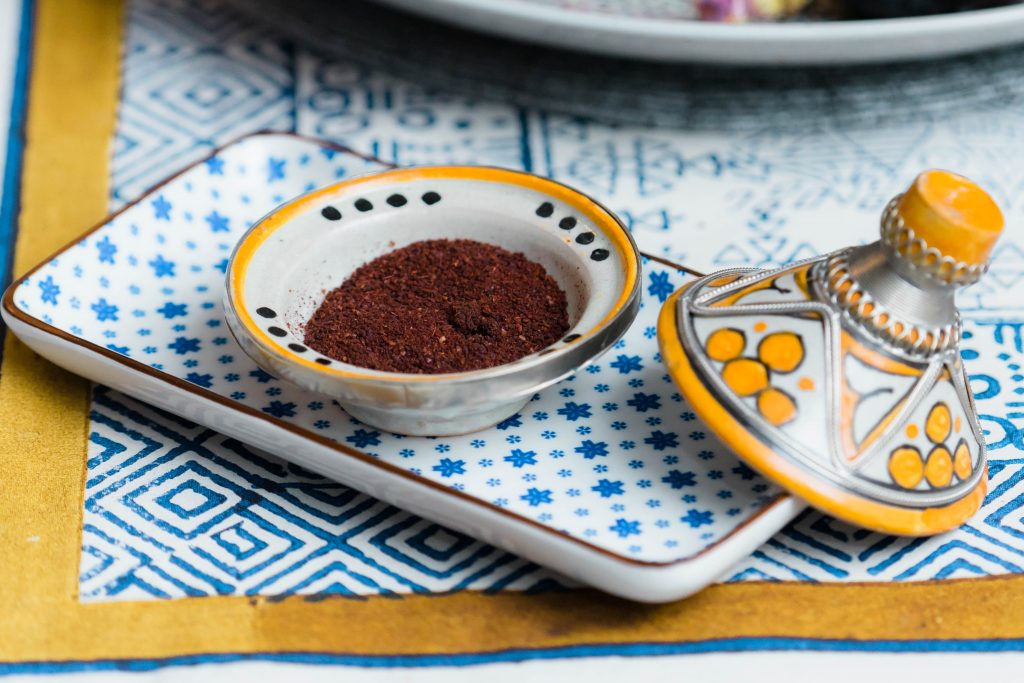 If you’ve ever dined in a Levantine, Middle Eastern or Persian restaurant, you may have noticed the deep red, purplish grainy dust sprinkled over salads, grilled meat, fish or even breads. That´s Sumac!!!The incredibly versatile and decorative ingredient is a quintessential item in the Middle Eastern and Mediterranean kitchen.

What is Sumac?
The powdered sumac that we use in cooking comes from the shrub called Sumac. There are various species and not all are edible but the common and widespread specie has a big red cone shaped fruit, composed of individual drupes. The seed inside each drupe is then dried and ground into a red powder that we then use as spice and garnish in cooking.

How to store Sumac ?
Like other spices, sumac should be kept in a closed container at room temperature, away from heat and light to retain its claret red colour and tangy flavor.

How to use Sumac ?
Sumac works really well wherever lemon juice usually would. It’s used in everything from marinades, dressings and rubs. But its best use is sprinkled over food before serving, e.g. over white fish, chicken or kebab. Dust over lentils or vegetables or on top of refreshing salads or yoghurt dips! 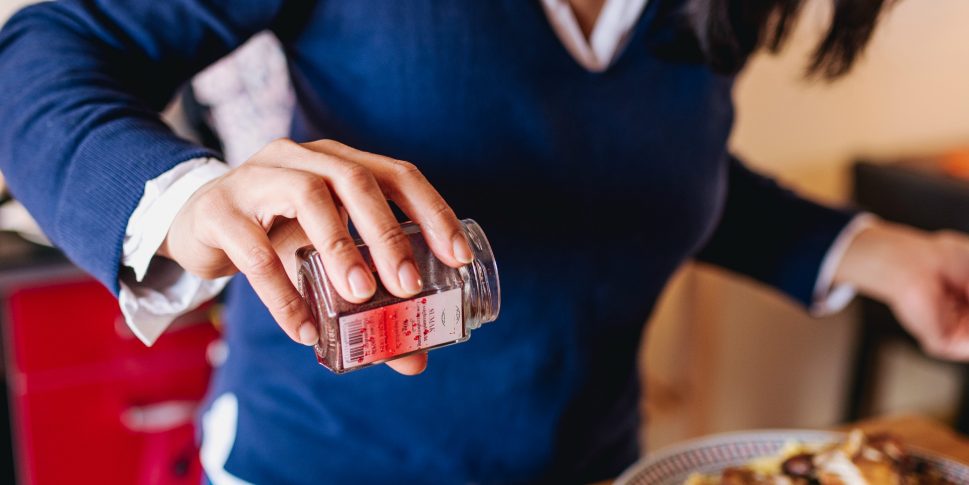 Being happy in whatever you do is whats its all ab

You will fall head over heels for these Apple and

Crispy on the outside, chewy inside - the Italian

Eid ul Adha is around the corner. Im sure most of

Because mangoes are in the air!!! . This coconut m

A handful of rocket leaves, a few mint leaves, som

If you’ve followed my stories this month, you mu

Any cookies that may not be particularly necessary for the website to function and is used specifically to collect user personal data via analytics, ads, other embedded contents are termed as non-necessary cookies. It is mandatory to procure user consent prior to running these cookies on your website.